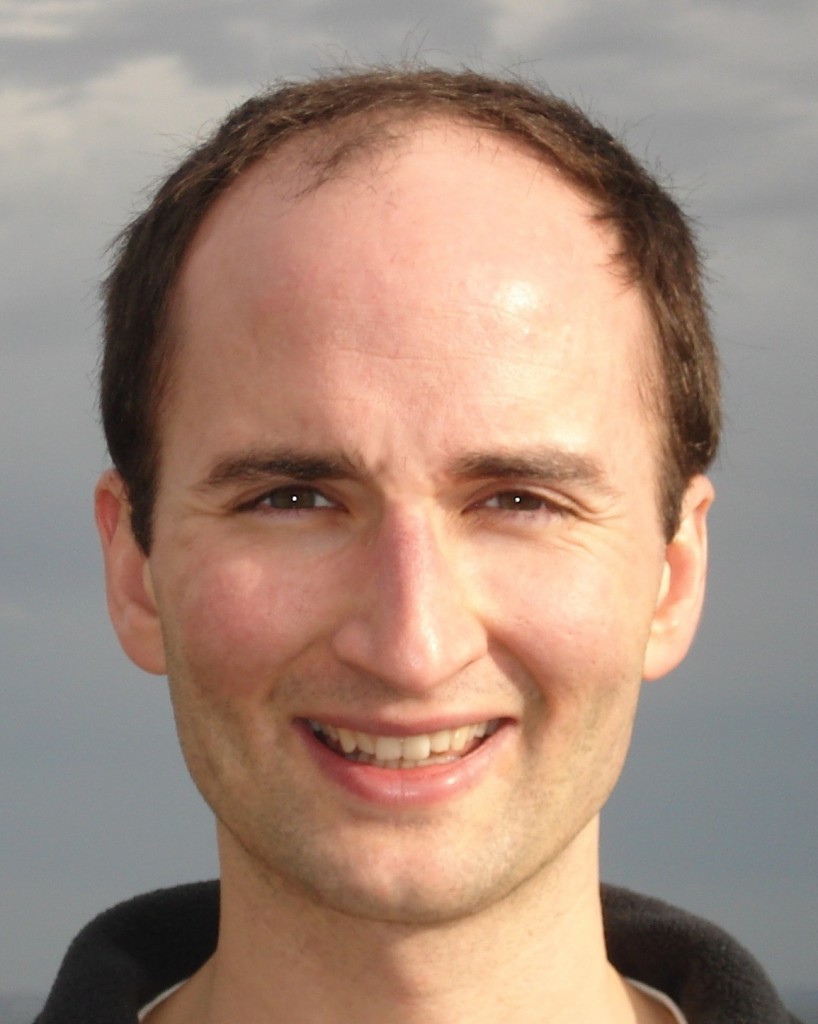 Over the last years, the field of Computer Vision has matured from a fairly small niche area in computer science to one of the hottest topics in technological development today. In my presentation, I will sketch a number of recent developments in computer vision and in particular in 3D reconstruction from moving cameras. These methods for Simultaneous Localization and Mapping (SLAM) can accurately localize the camera and recover the observed 3D world. They will form a central building block of future self-driving cars.

Prof. Dr. Daniel Cremers obtained a PhD in
Computer Science from the University of Mannheim, Germany.
Subsequently he spent two years as a postdoctoral researcher
at the University of California at Los Angeles (UCLA) and one year as
a permanent researcher at Siemens Corporate Research in Princeton,
NJ. From 2005 until 2009 he was associate professor at the University
of Bonn, Germany. Since 2009 he holds the chair for Computer Vision
and Pattern Recognition at the Technical University, Munich. His
publications received numerous awards, including the ‘Best Paper of
the Year 2003’ (Int. Pattern Recognition Society), the ‘Olympus Award
2004’ (German Soc. for Pattern Recognition) and the ‘2005 UCLA
Chancellor’s Award for Postdoctoral Research’. For pioneering research
he received a Starting Grant (2009), a Proof of Concept Grant (2014)
and a Consolidator Grant (2015) by the European Research Council. In
December 2010 he was listed among “Germany’s top 40 researchers below
40” (Capital). Prof. Cremers received the Gottfried-Wilhelm Leibniz
Award 2016, the most important research award in German academia.